Album covers have always been the ‘window’ to the music inside, and it’s amazing just how many of these iconic images actually feature windows in the picture. From highly thought-out photo shoots, to paintings, to casual snaps taken in artist’s homes, here are the 10 pictures we found the most compelling:

Queen of the West Coasters, Carole King’s Tapestry album was certified diamond in America, with more than 10 million copies sold. The classic cover photo was taken at King’s home in the legendary Laurel Canyon, refuge of all of LA’s singer-songwriter group. The picture features King perched on a bench beside a window with her cat, Telemachus. If only we’d been in business in 1972, Carole could have ordered something from our Casa Deco range that would match her style, as well as co-ordinate her cat’s cushion with her curtains. 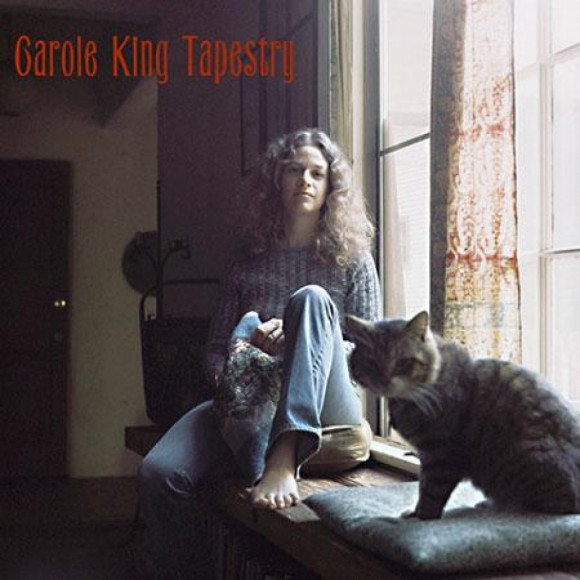 This album cover became so revered that it was even nominated for a Grammy Award for Best Recording Package in 1976. The windows of number 96 and 98 St. Mark’s Place, New York City are the focal point of the record sleeve, incorporating individual letters into separate windows to spell out the album title. The back cover of the LP features the same building, shot at night. 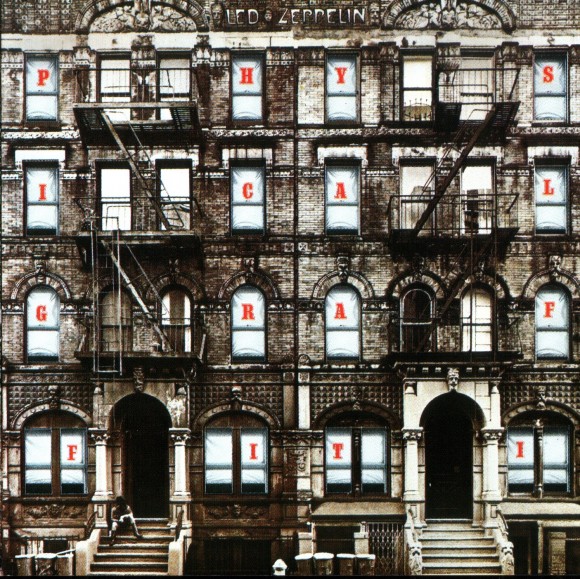 It will take more than a bit of soap to remove the graffiti from these residents’ blinds.

The cover for Stevie Nicks’ 2001 comeback album was, in fact, taken by accident. During the photo shoot for the cover, done at Nicks’ home, the photographer fired off a test shot as Nicks stepped onto the platform in front of her window overlooking the ocean. After a lengthy photo shoot, Nicks surveyed all the Polaroids and finally selected the very first image, declaring that every girl, from 10 to 90, will want to be that girl in the picture. The artwork features an oriental theme of various floral imagery, as well as the ‘S’ in Stevie’s name being drawn by fellow singer Sarah McLachlan. If you ever fancy the same theme for another album, Stevie, our Prestigious fabrics offer plenty of botanical-themed fabrics, which will still allow you to see with crystal vision. 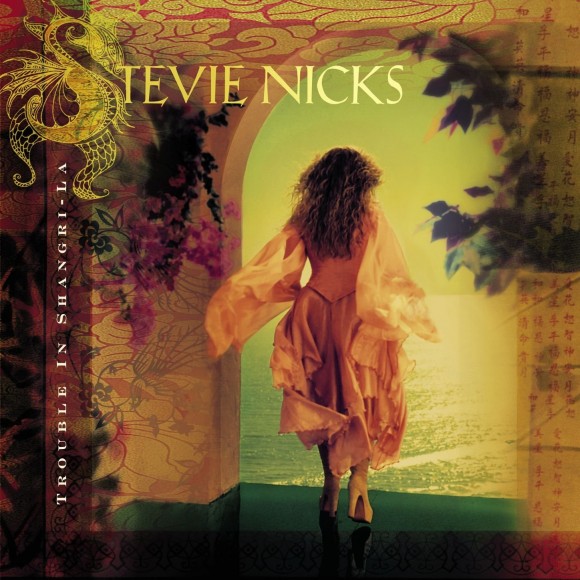 Love the minimalist look you’re going for there, guys. You know, we’ve got some great blackout blinds to go with those windows. 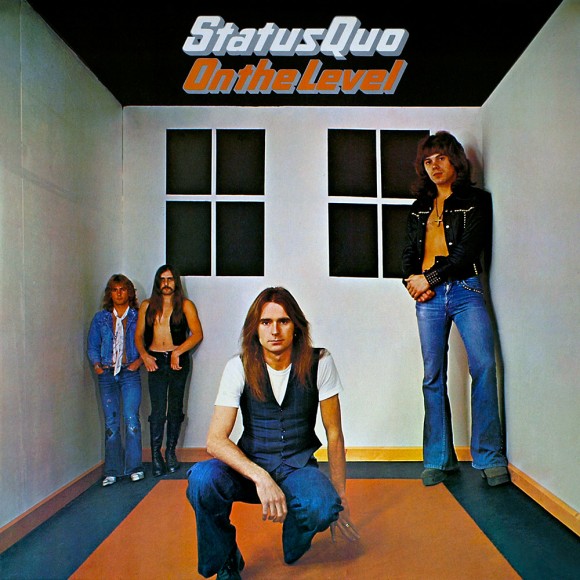 The album cover for Status Quo’s On the Level album features the whole band in an Ames room.

Tales from Turnpike House, the seventh studio album by the ever-quirky English indie-dance band Saint Etienne didn’t fare too well in the charts compared to their previous releases, but it is considered by many fans and critics alike to be their finest work. This concept album tells the story of various fictional characters, who all live in Turnpike House, a high-rise tower block that really exists in Islington. The cartoon-styled album cover includes a cross section of the building, looking into the windows of various characters who live on different floors of the flats. Apparently, all the residents are fans of minimalism – it might be time to invest in some curtains, guys! 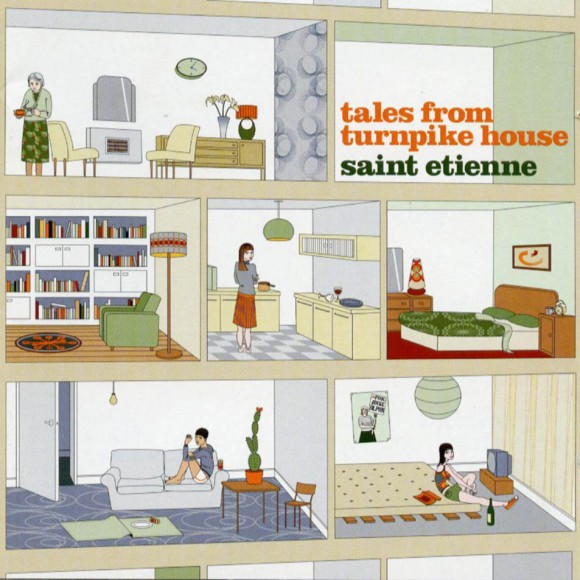 We hope for the sake of the old lady on the top floor that Turnpike House has a lift.

Often cited as one of the greatest ever albums by a British band, Definitely Maybe was one of the most successful records of the 90’s. This classic piece of Britpop features an album cover that was shot in guitar player Paul ‘Bonehead’ Arthurs’ house. Featuring all the band members, the picture works-in plenty of cultural icons; including a scene from The Good, the Bad and the Ugly paused on the television, as well as pictures of the likes of Burt Bacharach and Rodney Marsh.

Congrats, Paul – your home is the best coordinated in this list of pictures – right down to the window blinds! 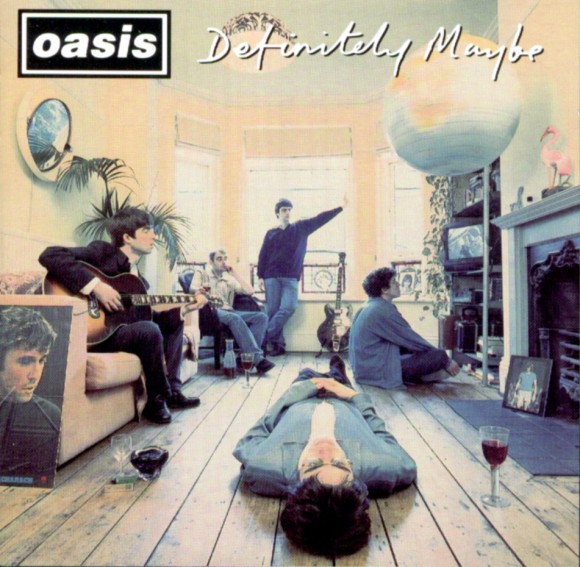 Definitely a well-coordinated decor… maybe a little too much beige.

Rush would be in a spot of bother if the album cover for Power Windows didn’t actually feature a window. This dark and striking image is perfectly reflective of the music featured on the record, in particular Middletown Dreams, which explores suburban monotony and people’s attempts to escape it. A friendly suggestion to the guy on the cover – a bespoke roman blind for that massive window would be a great start to escaping monotony! 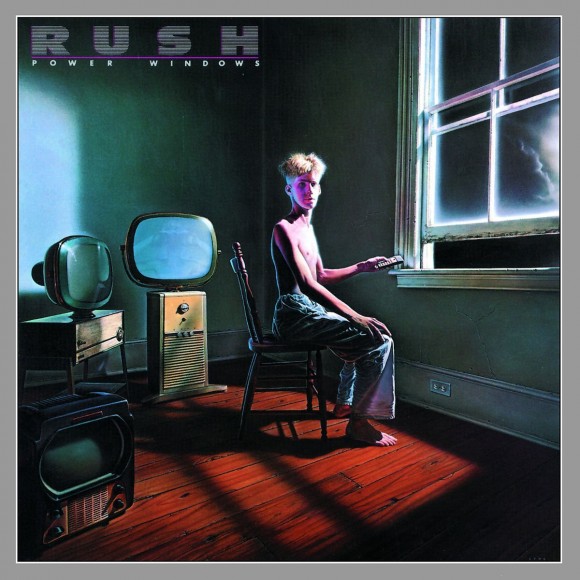 Maybe time for a contemporary look in this room?

The epitome of the 1970’s West Coast music scene, Hotel California is one of the biggest-selling albums of all time. The now iconic album cover features a photograph of the Beverley Hills Hotel, snapped at sunset. Who could forget the orange windows of this Spanish-styled building, glowing against the silhouetted palm trees? The back cover of the record features a snap taken in the lobby of Hollywood’s Lido Hotel, which incorporates the same Spanish motif, window furnishings and all. 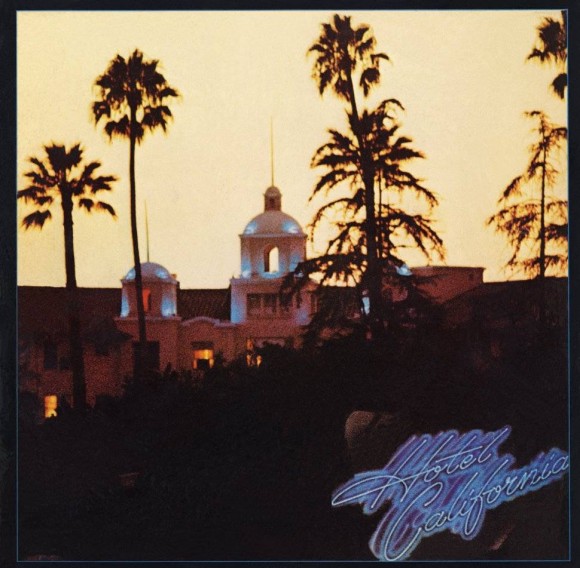 Such a lovely place…

After the disintegration of the super-group Cream, singer and bassist Jack Bruce, who sadly died last year, embarked on a solo career. The Scottish muso’s third solo album, Harmony Row, was a shift into a more prog oriented sound than his previous work, while still incorporating his famous jazz rock style. The album title is derived from the name of a tenement street in Glasgow, which was the largest unbroken row of houses in Europe, stretching for over a mile. It was near here where Bruce grew up, and it is also near here where the album cover was shot in another tenement. Our recommendation is some new double glazing and a grey roman blind in that window. 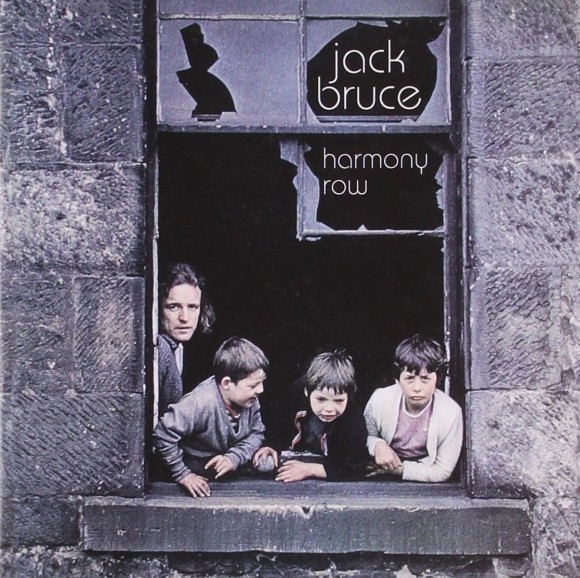 Dawn would come as no surprise with windows like that.

10. Bruce Springsteen – Darkness on the Edge of Town

Listed on Rolling Stone’s 500 Greatest Albums of All Time, Bruce Springsteen’s fourth album is regarded as one of his finest. The bare-bones cover photo was shot at photographer Frank Stefanko’s home in New Jersey – if after 37 years you need some new blinds, Frank, you know where we are! 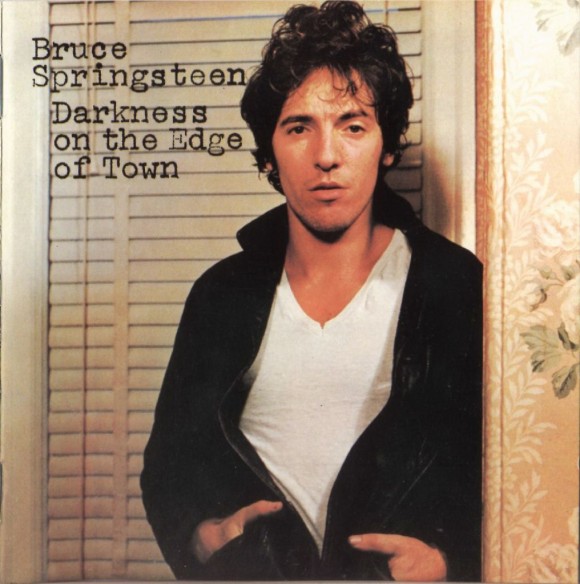 The Boss sure knows how to blend in with the decor.

3 Responses to Looking into You: A Window to the Music